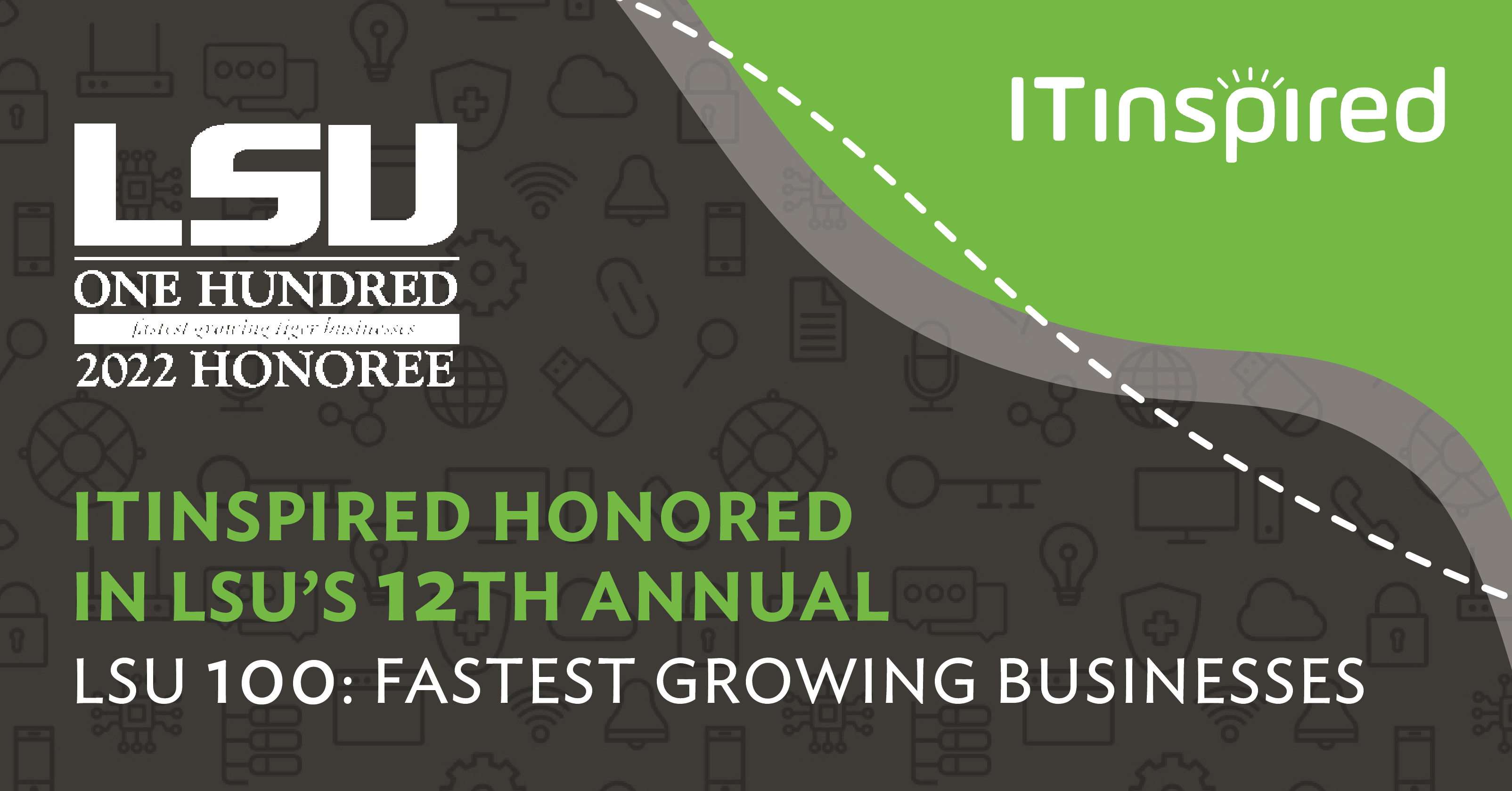 ITinspired is honored to announce that for a second time, it has been recognized in the LSU 100 list. This list celebrates the fastest growing alumni-owned or led businesses in the world. The qualifications are decided on numerous criteria including compound annual growth rate (CAGR) over the past 3 years.

Each year, companies apply or are nominated for the highly-competitive list which is hosted by LSU’s E.J. Ourso College of Business.

“We’re honored to be included in a list with such amazing companies and consider ourselves fortunate for the opportunity,” says CEO Rob Wise. “It’s also extra special for all the employees who are proud Tiger Alumni.”

At ITinspired, actively having a positive impact on clients and the community as a whole has always been the goal. This list recognizes all the hard work ITinspired has exhibited through its actions and celebrates the amazing and talented individuals that make up the ITinspired family.

The official rankings won’t be announced until October 21, 2022, in a privately held ceremony where the companies are celebrated for their success and are given a forum to share their respective lessons and stories with the future generation of Tigers. The LSU 100 showcases the hard work and success of LSU Alumni while helping current students network with like-minded individuals and gain valuable knowledge and insight into the business world.